At its essence, filmmaking is a transfer of emotion. This idea is never more exaggerated than in genre of the music video and no one knows this better than Tom Cole. An award-winning filmmaker from the United Kingdom, Tom now directs music videos for DECA creative in Los Angeles and edits trailers and promos for ABC television. As a director and editor, Tom’s role is to take what’s contained within the music and add story and dimension. It’s part skill, part intuition and in Tom’s case at times it just looks like straight up voodoo witchcraft. 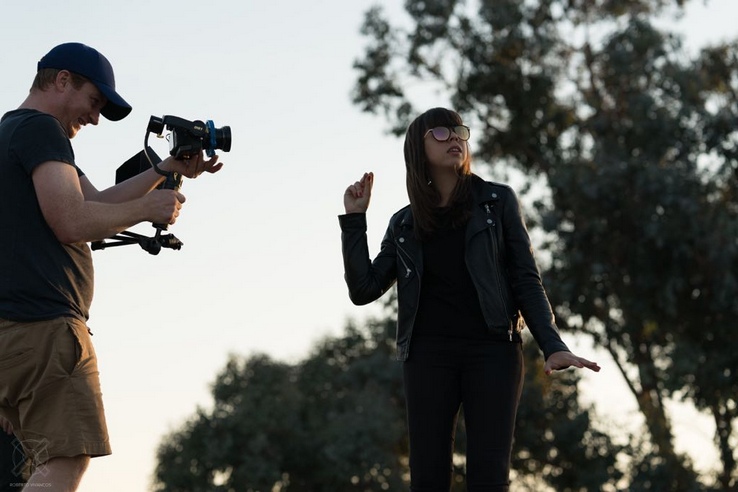 Moving to Los Angeles 9 years ago, Tom has worked with such illustrious names as Disney, MARVEL, BBC, Discovery Channel, MTV, Universal and CNN. His music video credits include international superstars such as Robbie Williams, 30 Seconds to Mars, Steve Aoki and K. Flay. He produced and edited the feature film ‘Closure’ available on Amazon Prime and Hulu. He won the best music video at the Los Angeles Reel Film Festival and London Independent Film awards for PLYA’s «Thinking of You». Even Apple has used his work for Robbie Williams as an example of how to edit using Final Cut Pro. 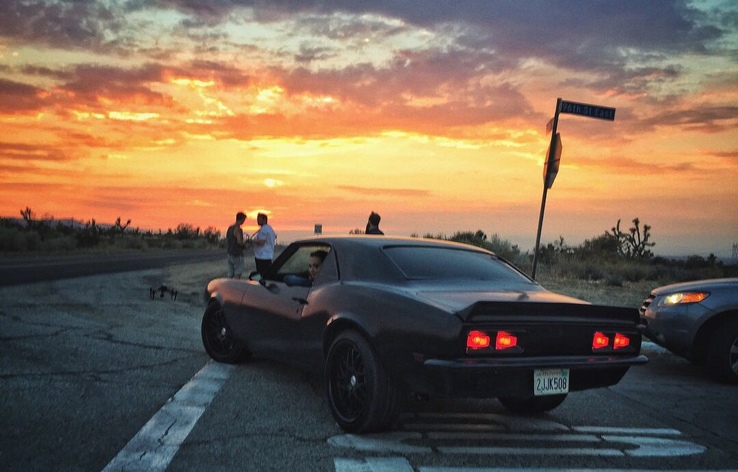 By all measures, Tom is an accomplished video professional, but a truly great video editor possesses an unmeasurable quality. It’s an innate ability that is hard to put a finger on. An instinct – possibly at the gene level - that tells the editor what trick to deploy at any precise moment to shift the emotional balance one way or another. Tom’s body of work is full of evidence of this editing DNA. There’s a lot to choose from, but his latest music video for K.Fay is a quintessential example. 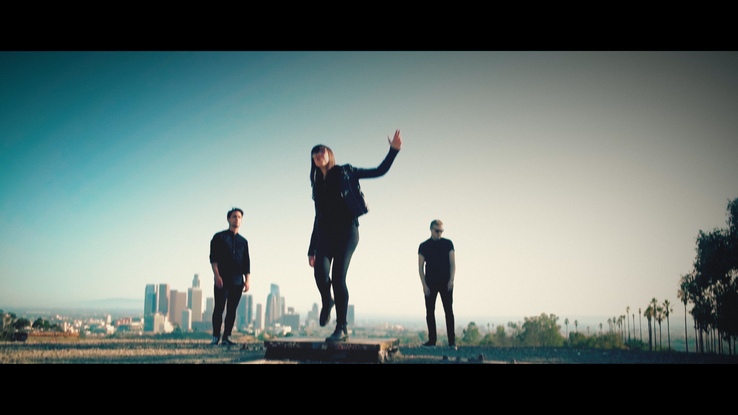 The song, «Slow March» is a raucously bipolar indie rock ballad that tackles the feelings that ebb and flow with the seasons. Tom’s edit mirrors this by masterfully toying with your emotions. At the flip of a switch we go from head nodding angst to headbanging mania and a rolling theme-park ride of emotional g-forces. The timeline will slow to a treacle-like crawl and then warp-speed the viewer along in powerfully uplifting, strobing surges. It manages to fit together beautifully, deepens the emotional connection to the musician and moves the story forward. No longer listening, you are along for the ride like some kind of vicarious hitchhiker. 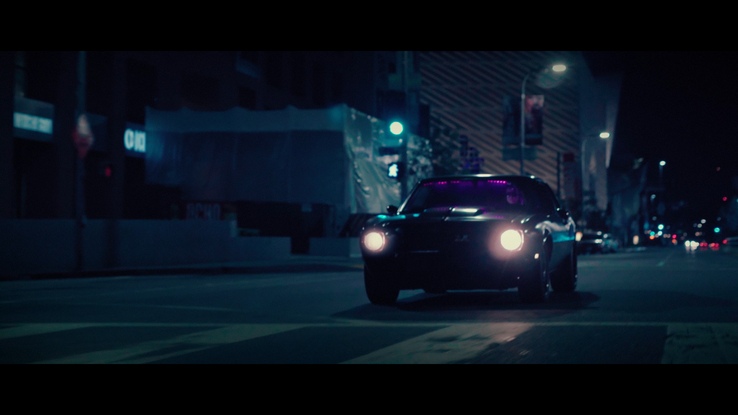 So how does a bank of miscellaneous clips order itself into a coherent, enjoyable three-minute episode? Where do you even start? For Tom, the process started all the way back – developing an interest in filmmaking in childhood. He started out making cameras out of LEGOS at age 5. At 14, he joined a club called the Children’s Film Unit, where he learned to make films on 16mm. From there, Cole worked on films and in post houses before going to university and his obsession with film has powered him onward ever since. 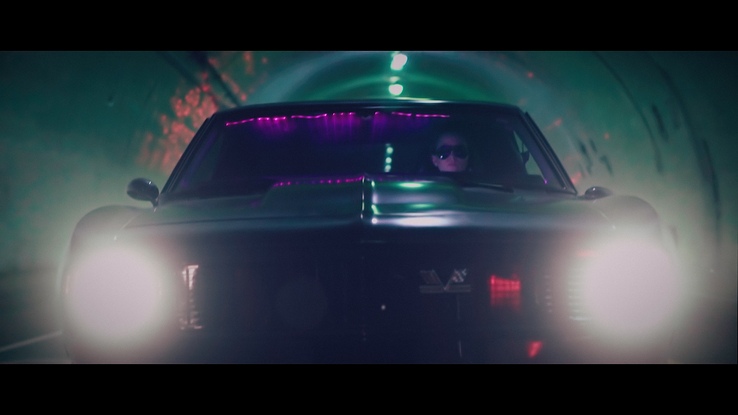 Almost 2 decades later and a continent away, the projects have multiplied and so has the pressure. Even in the film capital of the world, Cole’s talents are in high demand. The hustle is real and the turnaround times are tight. 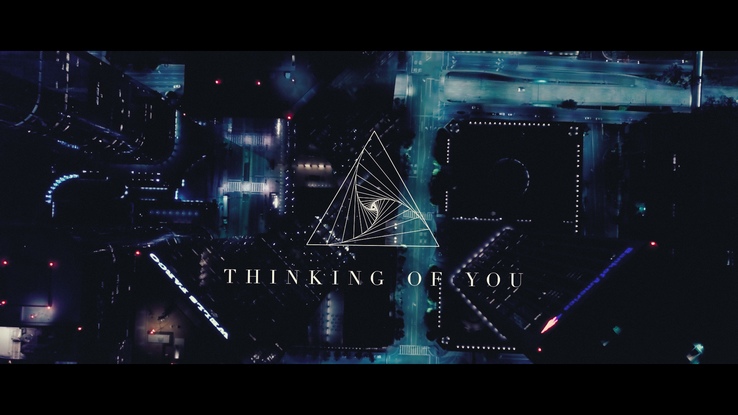 “With ABC we have to turn around spots very quickly,” he says, “like shooting a spot on Friday and having a promo ready by Sunday for the Oscars. Sometimes we’ll get shows delivered in the morning and have to turn around a trailer by the afternoon to broadcast that evening.”

Tom says Neat Video has proved valuable for rescuing shots which otherwise wouldn’t have been usable and saved him a number of times on the low-budget music video PLYA's 'Thinking of You', which won him two awards.

“I find editing footage I’ve shot to be rather anxiety-inducing.” He says. “If the shot doesn't work, I have no one to blame but yours truly.”

“On ‘Thinking of You’, I shot with the Sony A7sii camera, and mostly shot at night. While that camera is incredible at filming in low-light, it meant there were a number of shots with a lot of grain and color artifacts. It was especially noticeable on close-ups with the lead. Neat did a stellar job of cleaning up the noise without losing detail. It was particularly good at cleaning up skin tone - which was a huge added bonus!” 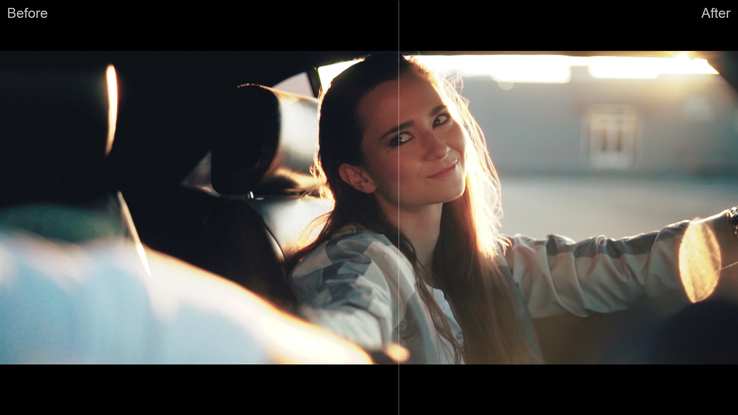 “For K. Flay’s ‘Slow March’ we shot a lot of night and concert footage, so Neat Video was extremely helpful in cleaning up noisy shots. The video also had a lot of older tour footage, shot on dated cameras, so Neat was great at cleaning up the grainy footage.”

“I get to do something I love every day.” Says Tom. “The most rewarding part of my work is when the finished product is finally released and everyone gets to see it. You put a lot of time, effort, and emotion into all your work, so when you get to see someone react to it, it's incredibly rewarding.”

If music and video are both transmissions of emotion, the music video editor is a co-creator of those feelings. With that kind of power at their fingertips, the influence of the editor can make the music better, or take it over. Knowing when to push it and when to hold back is part of the instinctual process. How much of this is experience and how much is DNA is uncertain. What we know for sure, is that British born filmmaker Tom Cole has what it takes and then some.