Finland's Jack of All Trades

We’ve all heard the above saying, but what most people don’t know is that the sentence actually doesn’t end there. In truth, the entire expression reads: “jack of all trades, master of none, oftentimes better than a master of one!” That’s the story of our latest featured Neat Video user. He wears many hats and brings complimentary skills to a wide range of tasks.

53 year old Rabbe Sandelin lives in Helsinki, Finland with his wife and 5 year old son. He has two adult children from a previous marriage, who now live in Sweden. Summer is nice in Finland, but the winters are often long and dark. Despite this, Rabbe has never felt the urge to leave his native country. Although film is only part of his work, he’s hardly a newcomer to the word of cinematography. His interest in film burgeoned as a child in the late 1970’s. 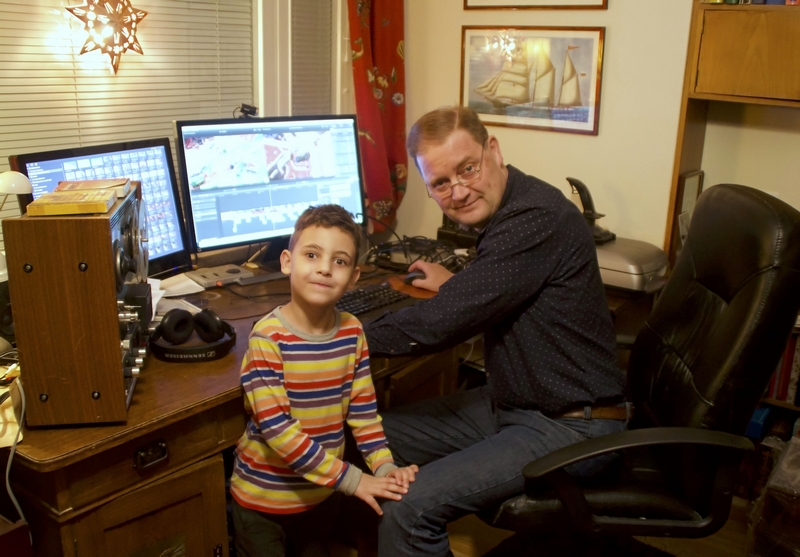 “Moving pictures have always been part of my life,” says Rabbe. “My mother worked in television and when I was around 11 or 12, she showed me a very technical book called ”Principles of Cinematography” by Leslie Wheeler,” he recalls. “It’s still on my bookshelf along with around 5 meters of other film literature. I was immediately hooked on the technical aspects of filmmaking and I started filming my own 8 mm films.”

Rabbe isn’t your typical film maker. A true jack of all trades, where most people are satisfied to specialize, he gets stuck into a diverse range of activities. He edits a magazine, produces books, designs layouts and does lots of image editing. Each of these activities requires a unique and specialized skill set on its own. And it’s not everyone who can stretch their skills to the visual and literary limits to create quality products. Yet, Rabbe does this and in addition, like many people in many professions he is finding that the need to produce video work is creeping evermore into his daily job.

Says Rabbe, “Video is an increasing part of what I do. In my regular daytime work I film and edit short clips for a non-profit cultural association, mainly for distribution on Facebook and YouTube.”

Rabbe works for an association that runs literary competitions, rewarding people with scholarships. He uses video clips to get people on social media excited about the work they do. 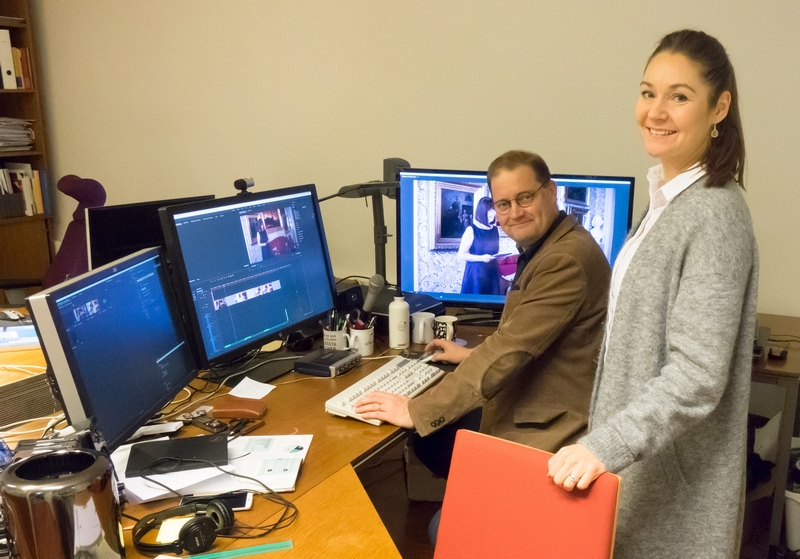 “Usually we shoot and edit a 30-40 second clip and publish it on the web during one or two days. The people we interview come from our own organization or associated projects or competitions.”

Rabbe uses Neat Video in his daily work, but also finds it valuable in his work restoring archive film for his own business.

“On nights and weekends I work for my own company,” he says, “in addition to smaller video assignments I also do old video and film transfers to the digital domain, including restoration. When Neat Video version 4 came out with the dust and scratches filter I immediately tried it also on my old 8 mm projects. The results looked spectacular.

He goes on to say, “we are basically a run and gun outfit, and although we have a set of very nice LCD lights, very often there is not the time or even the inclination to do a proper setup. The result is often nice looking, but very grainy video. These are obvious Neat Video moments.”

“I like to think of myself as being a pretty decent photographer, director and editor, and at the same time a technical guru. I'm pretty good at setting up and troubleshooting video and audio gear. I'm often the go-to guy or "technical support" when other people are stuck.”

Whether its video, literary, or image-related work, for Rabbe it’s the emotion behind the creation that is most important.

“The greatest feeling is when your edit suddenly "works" – when the combination of pictures, graphics, music, sound really falls into place. It’s about getting the feeling you’re trying to convey - not just being proud of a technical achievement.”

In this day and age, the ability to take on many roles and be proficient is a great asset. Of course, there will always be a need for specialists with deep knowledge. However, the lines between professions are blurring. Skills that are attained in one area can add value and offer scope to branch out into new activities. With the help of tools like Neat Video, the creator can achieve a greater sustainability and the jack of all trades can become a master at seizing opportunity.

Thanks for sharing your Neat Story Rabbe.