Bautzen is a small hilltop city on the banks of the river Spree in Saxony, Germany. This picturesque location is the site of a well-preserved medieval town centre and many historic churches and towers. It's also the birthplace of an idea. The place where two young friends met and dreamed of one day making videos and getting paid for it. 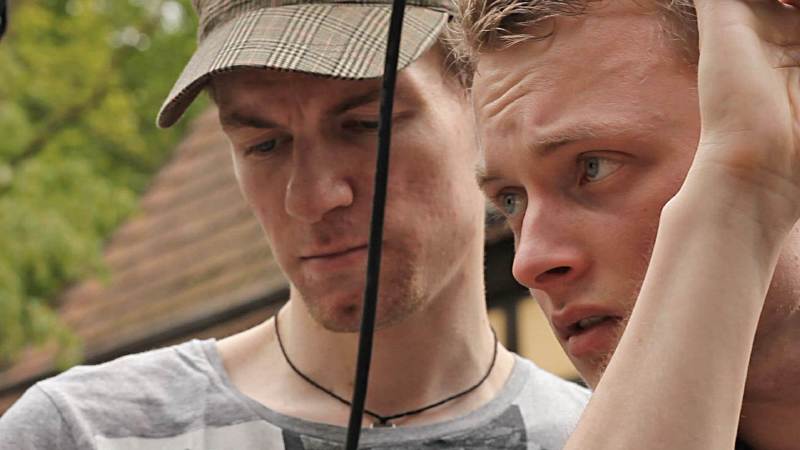 Matthias Weiner and Roman Rögner are the founders and creative driving force behind Picmention Video & Filmproduktion GmbH -— a highly prolific production house in Leipzig, Germany. Picmention is now home to 20 full time employees, producing up to 60 different projects at any one moment. Yet, what has today become a thriving business was once just an idea in the minds of two school kids in a small town, who shared a passion for movies.

Roman says he became involved in the film business as early as age 11, with a role in the Kika children's film "Kiss Me Frosch". He went on work for two years in the film and theater industry as a director and continued to pursue his film projects as a hobby while studying law in Leipzig. Today, he’s the principle director at Picmention.

For Matthias, his love of visual effects was awakened by the 1999 classic sci-fi thriller The Matrix. In his school days he produced short films with a focus on effects and postproduction and he later went on to train as an IT specialist. Today Matthias’ is Picmention’s technical guru. His experience and programming skills help unusual ideas to come true.

Together, they built a dream frame by frame. Combining their technical knowledge with their creative initiative to go from home movies in 2006, to producing technically brilliant corporate productions and creatively inspired TV commercials today. 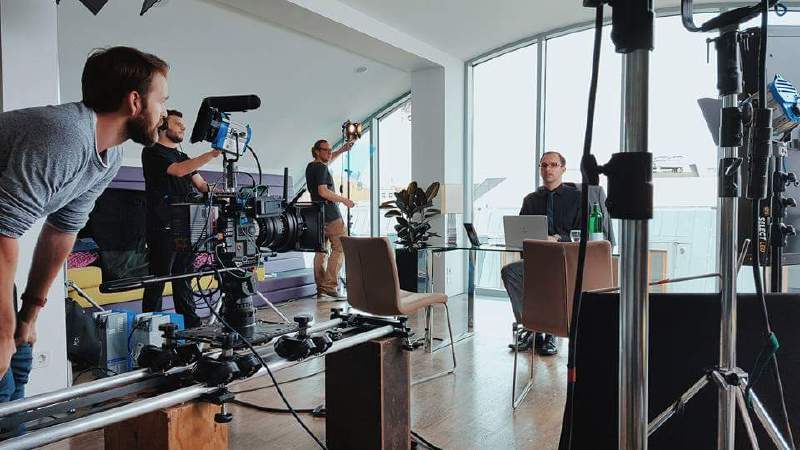 "Since then we’ve always tried to push the limits of our work. Currently the company is engaged in around 60 projects from industrial imaging, explanatory videos, commercials, aerial shots, small documentary films and sometimes visual effects and postproduction jobs. Our customers include Audi, Rotkäppchen Sekt and Dunlop/Goodyear, in addition to agency work in areas such as Pharma, Automotive industry or TV."

No two projects are the same and in most cases Picmention is required to go beyond production to generate the creative concepts behind the video.

"Every customer is individual, with their own ideas and limits, but we often produce the work from scratch. Meaning that we originate the concepts and everything else, up to the realization of the final product." 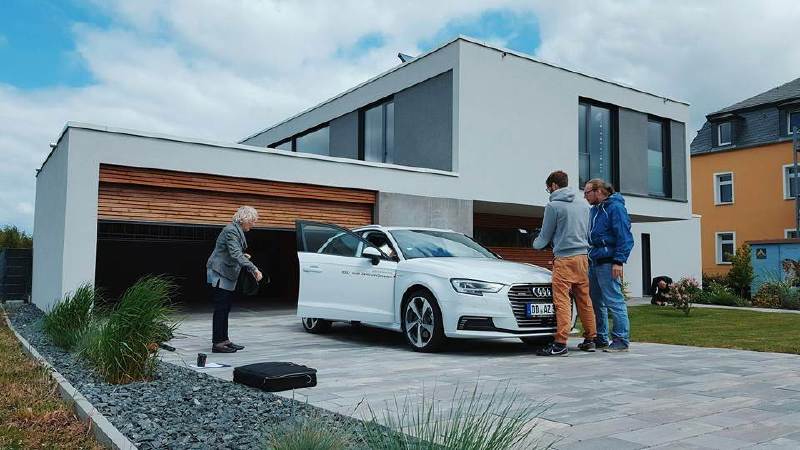 What sets them apart, they say, is their commitment to maintaining a full complement of staff and gear, which is unusual these days. Ordinarily most production companies use freelancers and rent equipment as required. The advantage of working with a well-established team gives Picmention the freedom to explore and experiment with various creative solutions to any given problem.

"It’s not about the skills," say Matthias and Roman, "it’s about the team play! We like the fact that we have all the man power (and girl power) and equipment in-house. Want to test something for the next project? No problem! Take the Red Epic-W and do something cool!" 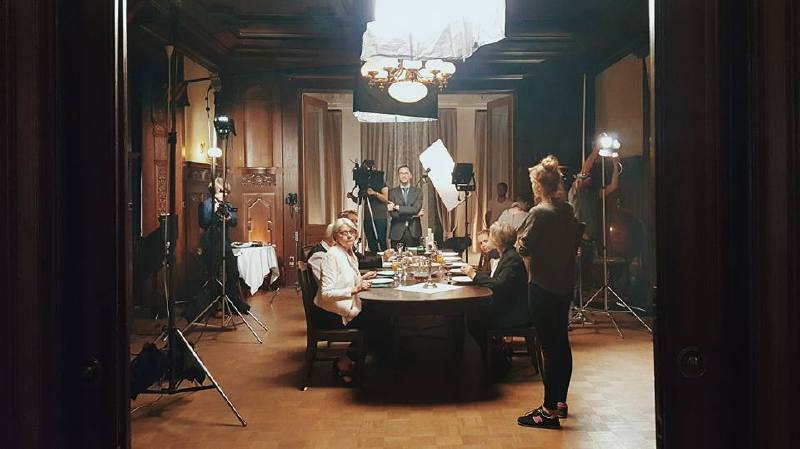 "Every new project is a challenge for us. Sometimes it is easy, because you have done this a hundred times, but sometimes it is your first time (or you have nearly no time). Then you have to think about new ways."

How did they encounter Neat Video? That’s a familiar story about filmmakers starting out with equipment that is less than ideal.

"Neat Video was one of the first plugins we bought. We had to shoot a live concert and it was our first paying job, so we could not fail. When you look at the small display on those old DSLR’s you think - man it looks great! Then you watch it on a 24” and think #$%*! So yeah, we found Neat Video and no one suspected anything."

These days they use Neat Video in more specific technical situations.

"RED did a great job with its new 8K Helium sensor, but in certain conditions, or when the colorist wants to grade it at the maximum level, we apply Neat Video. For motion tracking we clean up the footage first with Neat Video to get better results. Some trackers confuse noise with motion, so if the green screen key doesn’t work as expected, we try neat video first."

So what does the future hold for Picmention?

"20 people trust in our crazy idea to make videos and get paid for it. At the time we had this idea we were 21 years old. We had no education in film. I mean, it was a hobby! Now we can all live from it and have so much fun doing our hobby as work. I think we reached our first goal." 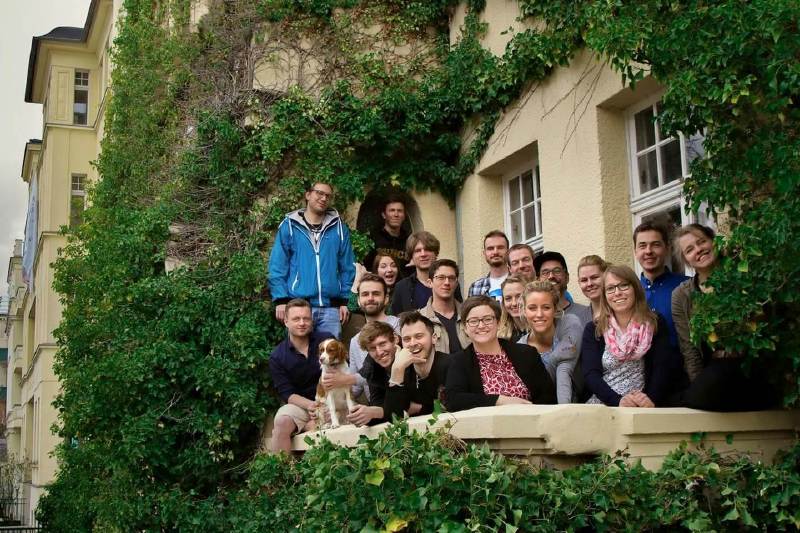 "Currently we’re working on a spec commercial that we paid for ourselves to attract work from bigger customers. We would like to decrease the amount of jobs, while increasing the size of them. We also want to work on the quality of our work beyond image itself. There are some people shooting videos on mobile phones that are greater than some AAA films shot on RED. So, our target is also to push the idea behind the production."

The world of video and post production is appealing to many creative people for obvious reasons. Now through the advances in digital camera technology and computer power, the walls on the movie business are coming down. It is now possible for those with the talent and the initiative to have crazy ideas and to build a dream one frame at time.

In the words of Matthias and Roman: "If you have a dream, never give up."

Bryan Neumeister Has a Story Neat Enough for the Movies
Nov 8, 2017
The World Through The Lens of Laila
Dec 6, 2017