Mike Baez is writing his own script

California native Mike Baez is a young actor and filmmaker in Los Angeles. He produces short films, web-series, feature films, music videos and recently wrote, directed and starred in his first feature called “Stiffed”. Mike is one of those self-motivated, self-taught, self-financed filmmakers who is hustling to get his stuff out there. Today we’re thrilled to take a look at the behind the scenes life and work of our first Featured User stopping at nothing to make things happen. 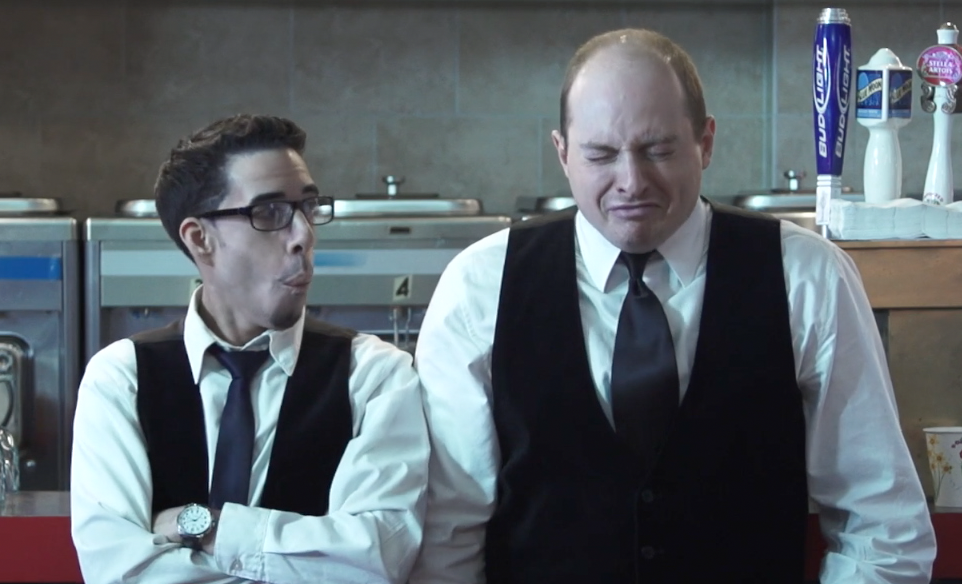 For Mike, the pull of the movie business started early, with trips to the video store accompanying his dad, where he would always pick out action and comedy movies. It was no surprise then that (as soon as he was old enough) he moved to New York and started taking acting classes at the William ESper Studio — a world renown school for the performing arts in Manhattan. 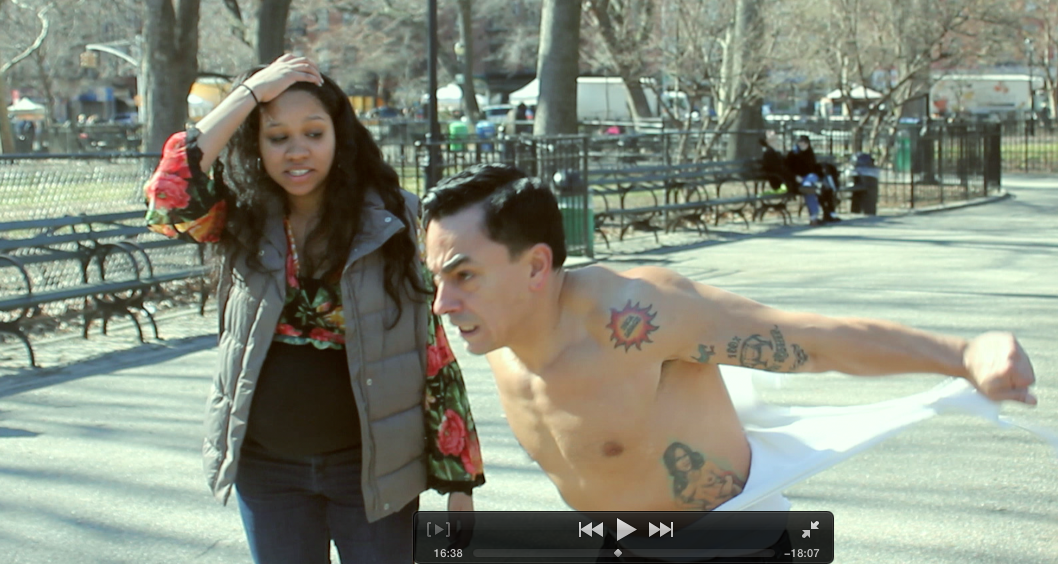 At the time he began auditioning for acting parts. However, we all know that competition for roles is high and like many he struggled to find work. That’s when the survival instinct kicked in.

“I couldn’t get many gigs,” says Mike, “So, I started thinking about ways I could create work for myself. That’s when I started writing shorts and web series.”

Mike kept his eyes and ears open and tried to absorb as much knowledge and experience as possible in the process. He got a small break when he landed an internship at City Squirrel Films, where he assisted on the movie Calling It Quits.

“I was on that production beginning to end, which enabled me to observe the process and learn as much as possible about production.” During this time, another opportunity presented itself and Mike was able to take another step in his journey.

“I landed a role in a Troma Movie called Return to Nuke em High,” Mike explains, “Lloyd Kaufman was directing. I saw his style and the production from beginning to end.”

The experience must have had an effect on Baez, because it sparked the idea for his first feature.

“While I was filming with Lloyd, I had an idea for a movie concept. I co-wrote, directed and starred in my own feature called Stiffed. A dark comedy about a waiter who robs people that don’t tip.” 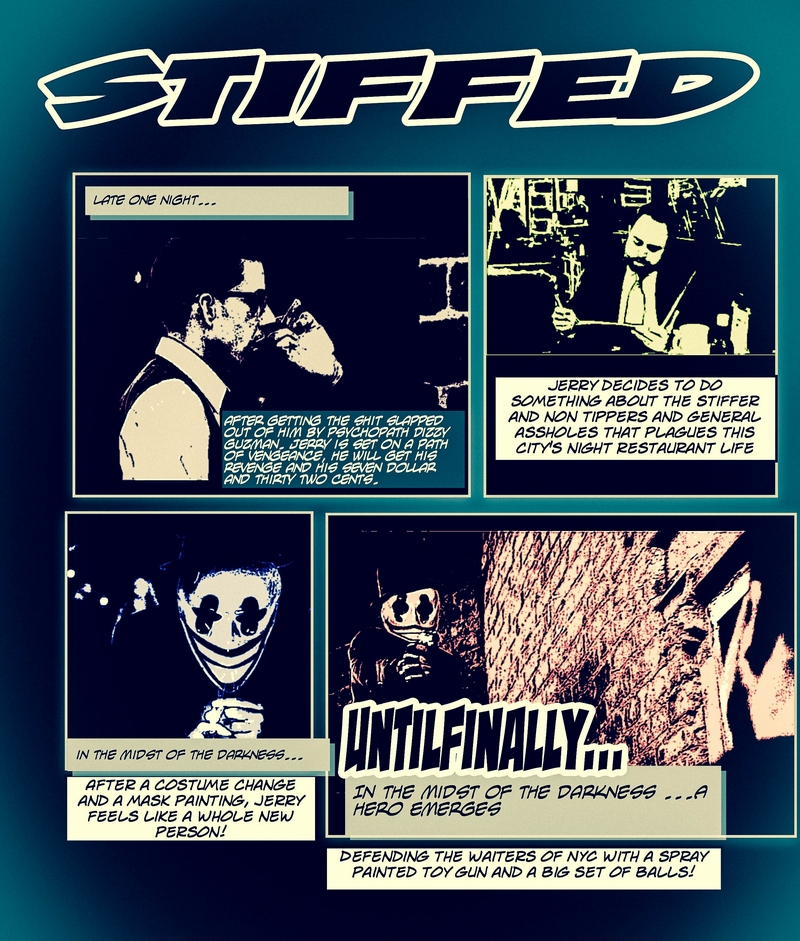 Of course, there’s one common character in all of our stories. Neat Video usually appears at the most dramatic moment in the script and Baez’ story is no exception.

“I was editing Stiffed and there were absolutely integral parts to the story that ended up looking grainy due to the lack of budget and no monitor. I really needed these scenes!" 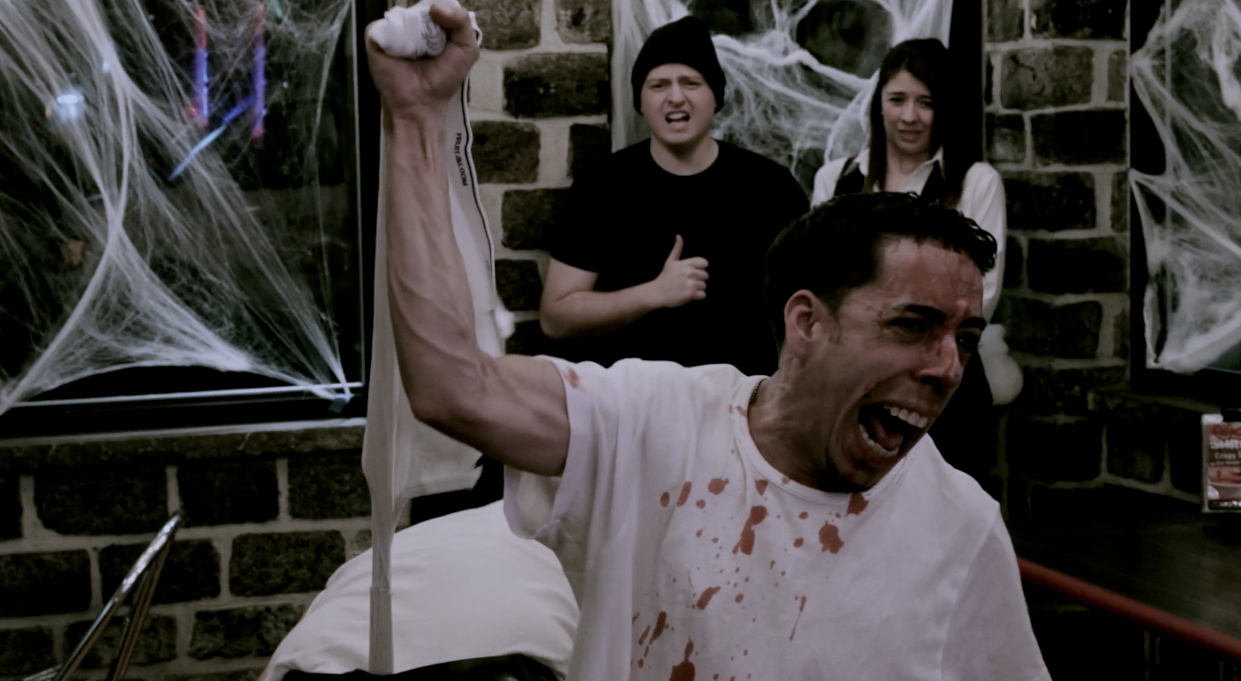 “I came across Neat Video and tried the trial version first, WOW! Neat Video changed the production value of what otherwise would have looked like an amateur project.”

Like many independent filmmakers, Mike has a boat-load of challenges. Money is always an issue and opportunity is hard to come by. But Mike stays positive by surrounding himself with like-minded artists, staying busy writing, shooting, editing and acting. Neat Video continues to play a role in a lot of his projects.

“I do aerial videos to do establishing shots, so I can never see what the footage looks like until I get it back and often night shots are completely grainy and unusable. It happens with GoPros, but I’ve even had grainy footage on my Canon 5d and Sony a6300. I can’t afford a monitor to bring to set and sometimes encounter grain that would otherwise ruin footage if it weren’t for Neat Video. What a game changer!”

Mike’s thoughts on the future?

“I want to build out a complete production company making feature films with name actors but still remain independent. As for my current content, I just hope Stiffed will get picked up by Netflix so I can reach a larger audience.”

Anyone who’s tried to make their way in the movie business knows that it is a tough act. If you can’t get your foot in the door, sometimes you must find a side window. Baez is one of the many resourceful filmmakers in our community who is getting by on street smarts and keeping that flickering flame alive. Thanks for sharing Mike! You can find Mike’s movie on Vimeo. Check it out! 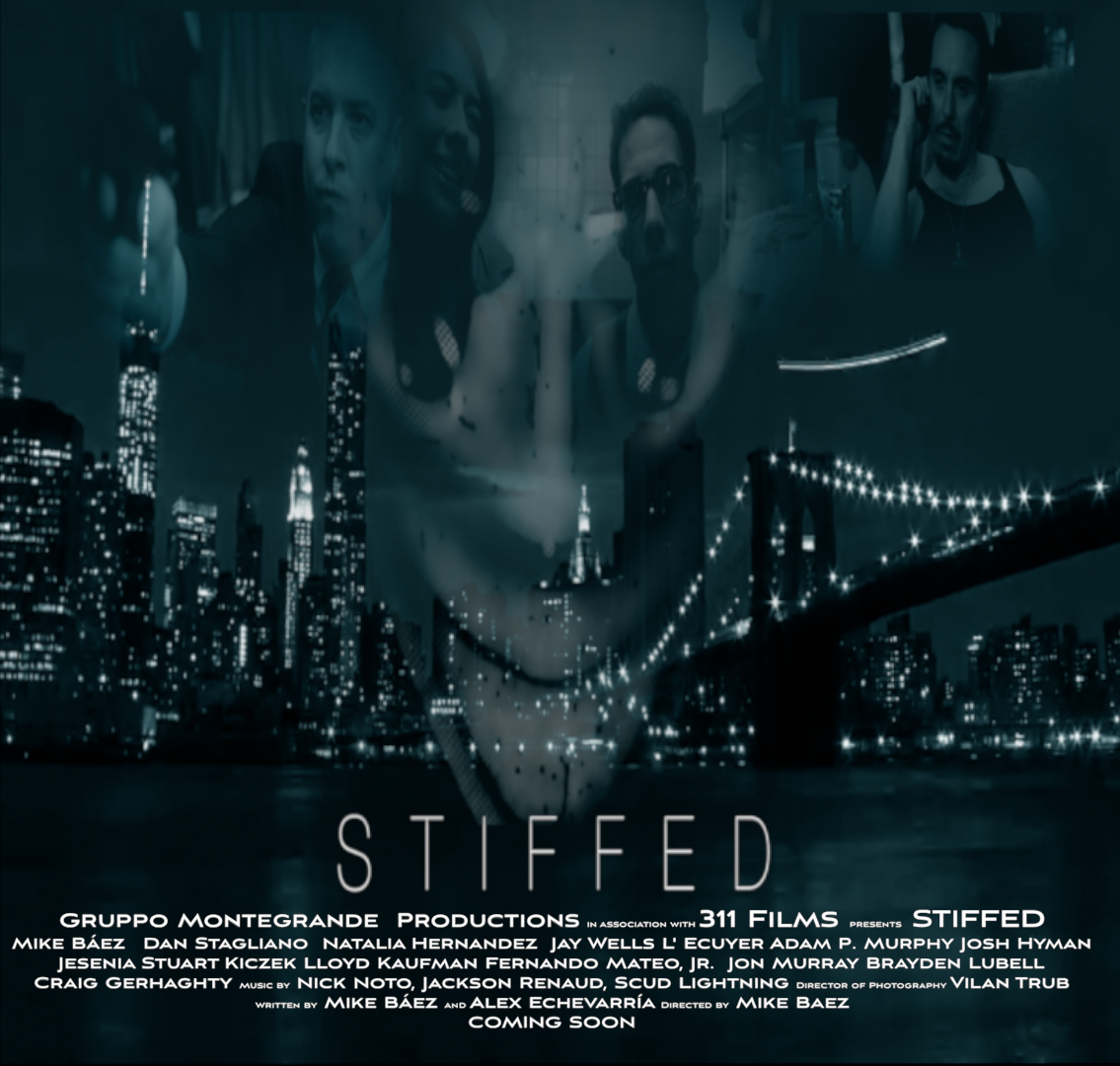