In 2010 Daniel Ruczko won a film award that changed the course of his life. The entry was a short about a writer suffering from bipolar disorder. The concept called for the entire film to be shot in split screen, depicting the protagonist in his manic and depressive states. It’s a cool idea. Cool enough to win, in fact, which came as some surprise since at the time he lacked any kind of film making background. However, the real surprise came when he learned that the victory came with a binding contract. One that compelled him to actually make the film for real.

The obvious problem? He’d never made a film before. Yet, with a contract in force there was no going back. So Daniel did what every resourceful film maker does. He and a close friend set off on a crash course into video production. Learning everything as they went. 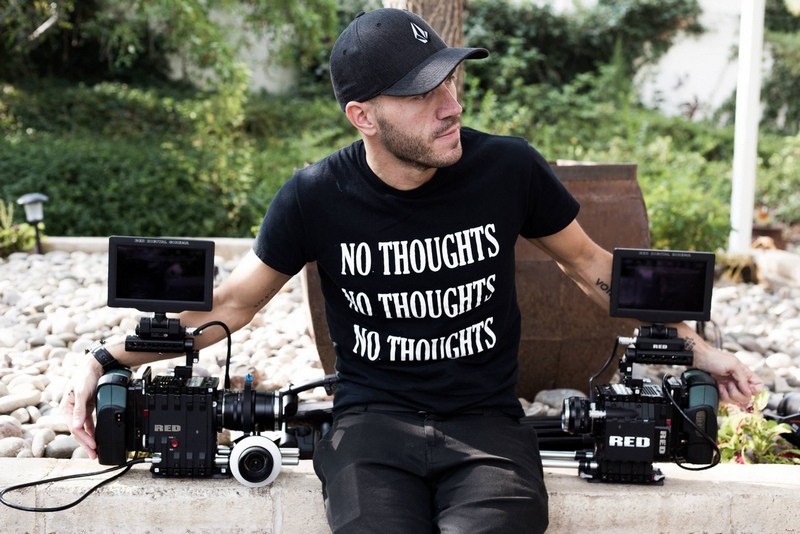 “My best friend and I taught ourselves as we were shooting and doing the post production,” remarks Ruczko.

The story isn’t so much about the film or the award, but about how the event changed the trajectory of Daniel’s life. Originally from Bremen in Germany, his journey has brought him a long way from home to Los Angeles, where he works on corporate films and music videos. If it had not been for that turn of events, he may have given up on film before his career even began.

“I had a contract. I had to finish the film,” he says. “If it wasn’t for that I may have given up at some point, but having to finish it gave me the confidence to say, ‘I can really do this.’”

It’s been almost a decade since that win and Daniel is a million miles away from that early scramble, but is he happy with how it turned out?

“Of course I’ve learned a lot since, but to be honest, I wouldn’t change anything,” he says thoughtfully. “I see films as a sort of time capsule. We did the best we could under the circumstances. I’ll always appreciate it as that.”

He’s certainly grown in both creative and professional stature. Ruczko now runs an independent production company called Mind Pollution Pictures as well as another other company, Misfit Media, which handles other forms of content work. This includes producing promotional content, teaser trailers, interviews and content for YouTube. He also works on a steady stream of music videos and as a musician himself, he particularly enjoys working with other artists. 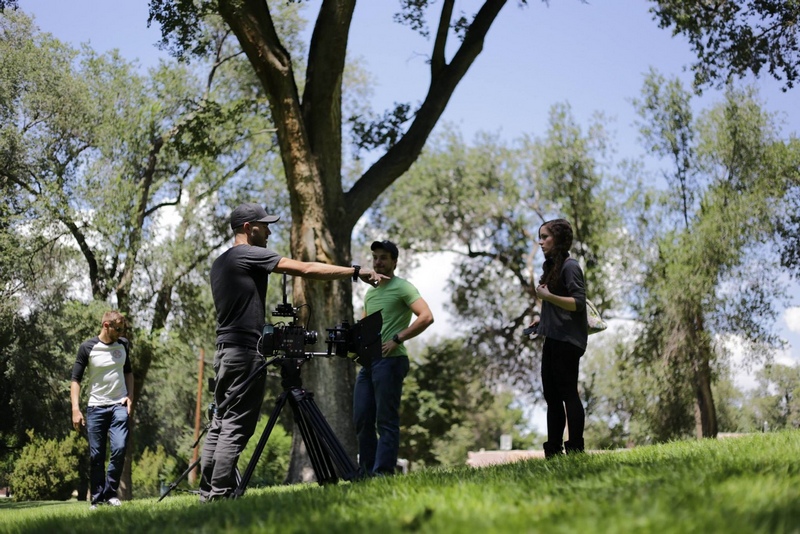 “I really enjoy working with the same artists,” says Daniel. “We can artistically grow together. For example, my friend Andy Cooper is a rapper from Long Beach and I think we’ve worked on 7 or 8 videos together by now.”

Asked about what makes a great music video, Daniel says the requirements are simple. You need a great story, great cinematography and great editing. The way these things come together is what holds the audience’s attention. Depending on the artist, Daniel either takes their ideas and adds his own, or in other instances he may be required to originate the concept himself.

Mind Pollution Pictures is an intriguing name which gives some clues as to the creative leanings of this imaginative film maker. Daniel says the name reflects his film’s psychological edge. He enjoys making work that urges the viewer to think, or to question. For him, that’s the ultimate purpose of art.

Intrusive Thoughts is one such example of this psychological storytelling. The short horror film is about a young woman who goes through a torturous decent into jealousy while waiting for her husband to return from work. It’s a devilishly simple production. Proving that you don’t need big budgets and epic sets to make something that scratches below the surface. Apart from the actors and the help of his best friend, Daniel produced Intrusive Thoughts on a budget less than what most Hollywood studios would spend on craft services in one day.

“I’m a big fan of making something cool with as little money as possible,” says Daniel.

“With Intrusive Thoughts, I wanted to focus on what’s really important. I wrote the script, did the cinematography, sound design, composed the music and the rest of the post production with my best friend. I think the total budget was not even $1500.”

You may be able to work magic with small budgets, but talent is something you can never do without. Luckily Daniel was able to call on the services of some skilled friends. 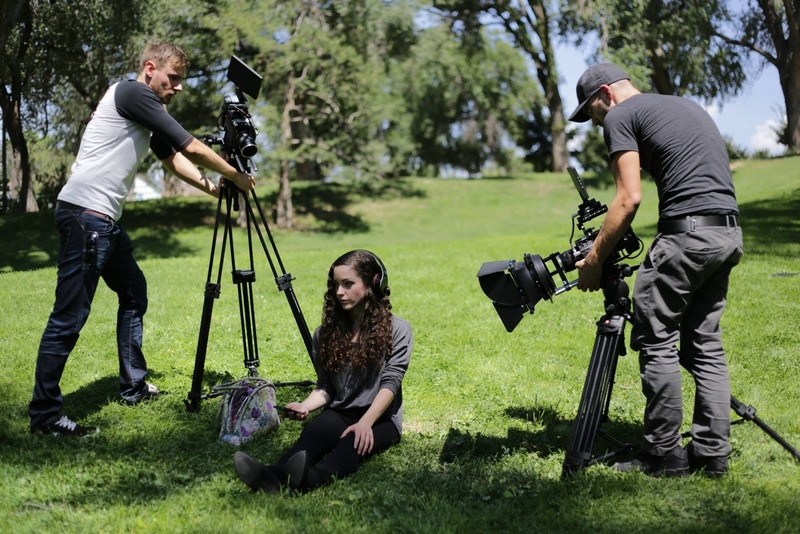 “Kristen Rakes who is the lead, is an accomplished actress and recently appeared in ‘American Horror Story’. Antonio Leon will be on the new Season of Westworld amongst other things.”

“I feel really fortunate to work with many talented actors whom I can call friends,” says Daniel.

“I love working with Jodi Lynn Thomas, who’s one of my best friends. She is crazy talented and recently appeared in the TV ShowsPreacher and Get Shorts. Kenneth Miller is another close friend. He has recently starred Only The Brave, Waco and in the Jerry Bruckheimer produced film ‘12 Strong’ with Chris Hemsworth.”

Apart from color grading, he does everything himself - from writing scripts, to directing, cinematography, editing, visual FX, sound design, music composition. He enjoys the independence this brings, but Neat Video has always been part of the crew since the very first project as his go-to tool for denoising. 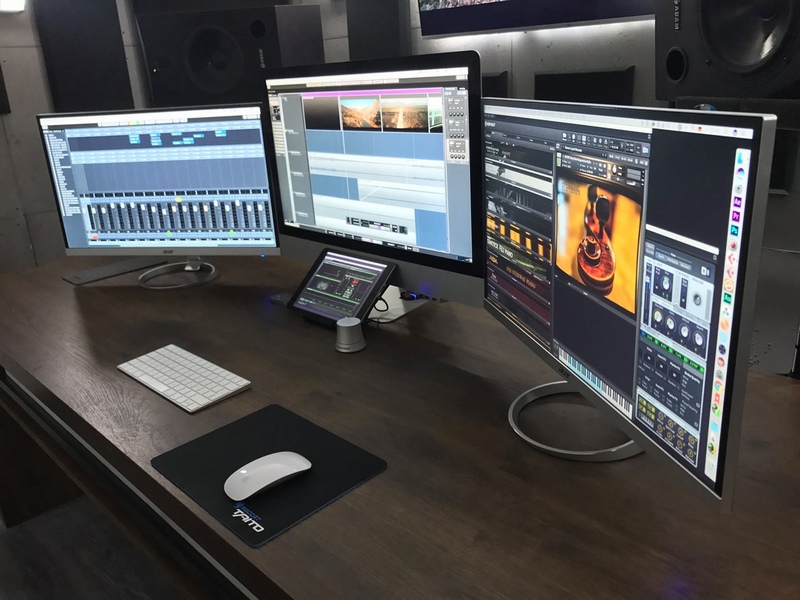 “My first short film was shot on a Canon 5D MK2,” says Daniel. “A lot of scenes were shot on the highest ISO, which resulted in a crazy amount of noise. Without Neat Video the footage would’ve been unusable, but in the end even on big screens it looked amazing.”

“I always want to grow in what I’m doing, and keep doing things I love and enjoy. The projects are getting bigger and more exciting, and I’m really happy about that. My focus will definitely be more on Film in the future.”

Is it luck or is it destiny? Often we talk to people who have always had their eye fixed on film, but sometimes – as in Daniel’s case - it seems it simply finds its way into your life. Whether you choose film, or it chooses you, his story shows us what happens when you keep shooting for greater things.

Now get ready to be blown up yourself by Daniel's work!