It’s uncanny what happens in the world of video when you have a positive outlook and a mind that is open to possibilities. Christoph van der Bij is a Dutch filmmaker working in the Hilversum region of the Netherlands — nicknamed Hillywood due to its proximity to the Dutch media industry — where he and his wife Nicole own DKLV (DesignerKollektiv) and run Purple Pixel Productions. 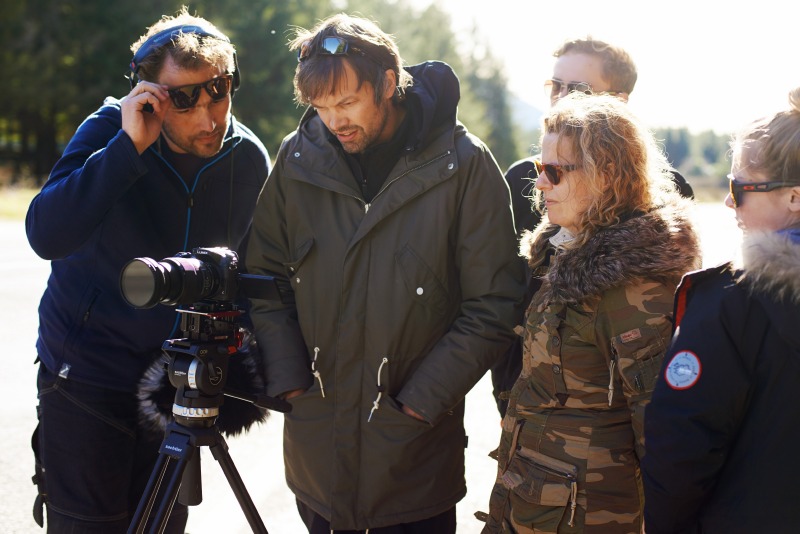 They set out 13 years ago with nothing but a single passion in mind — world cinema! Along the way, they’ve uncovered a valuable niche and learned how to exploit it to create a sustainable video business. Carving out a small enclave in the content landscape producing videos for the optical industry. Through a few twists of fate, DKLV have become the go-to production company for the folks who make designer sunglasses and fashionable spectacles across the world. Become experts at creating glossy images for this highly specialised marketing segment. It’s not something they set out to achieve, but this type of content has the 8-person team travelling across the world, shooting glamorous mood films and online lifestyle videos in stunning locations. 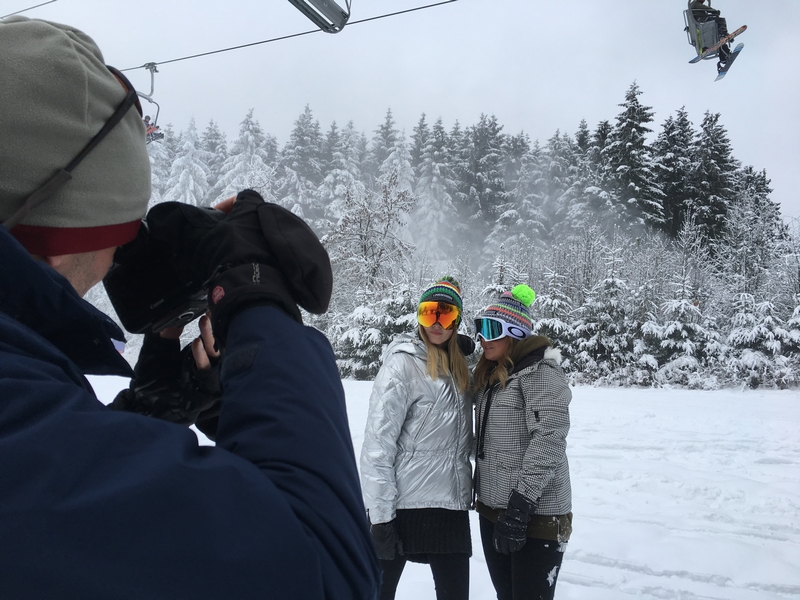 “It’s a total niche,” says Christoph. “It’s a highly technical product as well as a high fashion product. We know how it’s made and how to promote it!”

In a media world that is becoming fantastically diverse, owing a niche and being an expert in certain forms of content is a huge strength for a lot of video makers. Through fate and design, Christoph has created a collection of content that today has enormous value.

Christoph explains, “We started out 5 years ago with a concept called Shotonlocation. We travel to a great spot in the world and shoot a tiny glasses and sunglasses campaign. No one was doing this and we saw the need with our clients: opticians and manufacturers. It resulted in a complete photo library: opticshots.com where we’ll soon add videos as well.” 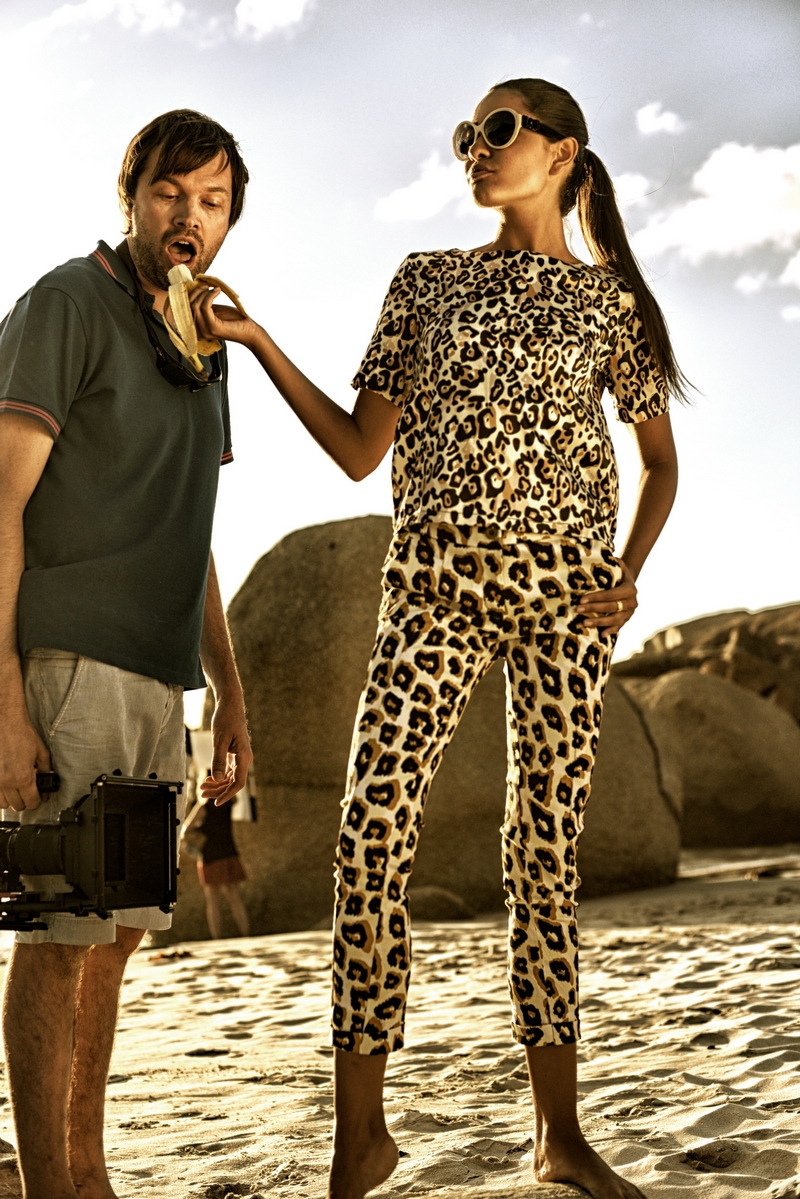 Christoph got into video production quite by accident. After working in the music industry, he wanted a career change and decided it was time to work with his hands. So, he began a new venture installing flat screens in shopping malls, but soon discovered that while screens are cool, what shop owners really need was stunning video content.

“I quickly learned that screens were like a Trojan horse. Hang the screen, sell the content! I shot my first dslr video on Canon 5D2 with the settings from Philip Bloom and Andrew Reid and I was hooked! I had found my passion in life!” 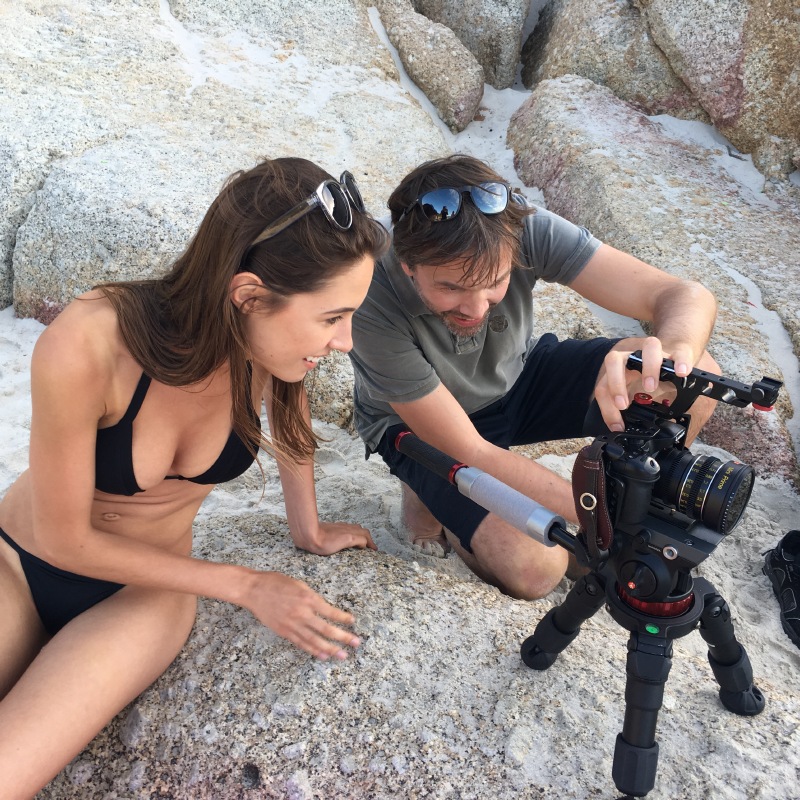 Yet, he isn’t satisfied with producing awesome marketing material. He and Nicole started with cinema in mind, and they haven’t taken their eyes off the prize. Although, he jokes that their first feature film nearly bankrupted the business.

“We were stupid enough to try and create our first feature in 2013,” laughs Christoph. “We wrote the script, got the crew together, travelled to New Zealand and shot a road movie called The Greenstone in 8 weeks. It was released into Cinemas in New Zealand and we still think it’s nothing short of a miracle.”

So, where does Neat Video fit in? According to Christoph, it’s the final touch on every project.

“It’s like the cherry on the cake, the magic to finish a product. We never upload a video without it. It’s a process we can’t wait to do since it improves the quality so much. We shot our feature movie on a GH4. Not the best lowlight camera. A few night scenes were unusable until we tinkered with the right settings in Neat Video. It saved days of work and the scenes of the movie.”

Above all, Christoph’s success is driven by the overwhelming power of positivity. Nothing gets him down. He and Nicole are always looking forward to the next chapter in their exciting adventure. If you ever wanted inspiration to follow your dreams, DKLV are living proof that whatever your background or your circumstances, optimism always wins.

“We didn’t do any official training for our work,” he remarks. “We were not trained as opticians, and we had never worked in the industry. Still, we made it our business! We don’t wait for things to come. We live in a world where anything is possible. We travel 4 months a year, put every euro back into our company and we enjoy creating our own future!”

Thanks for your inspiring words, Christoph.